In conventional transcutaneous neurostimulation, a low-voltage electrical current typically varies in intensity from 10 mA (milliamps) to 30 mA. The frequency of the pulses is between 40 Hz and 150 Hz (Hertz – pulsation per second). 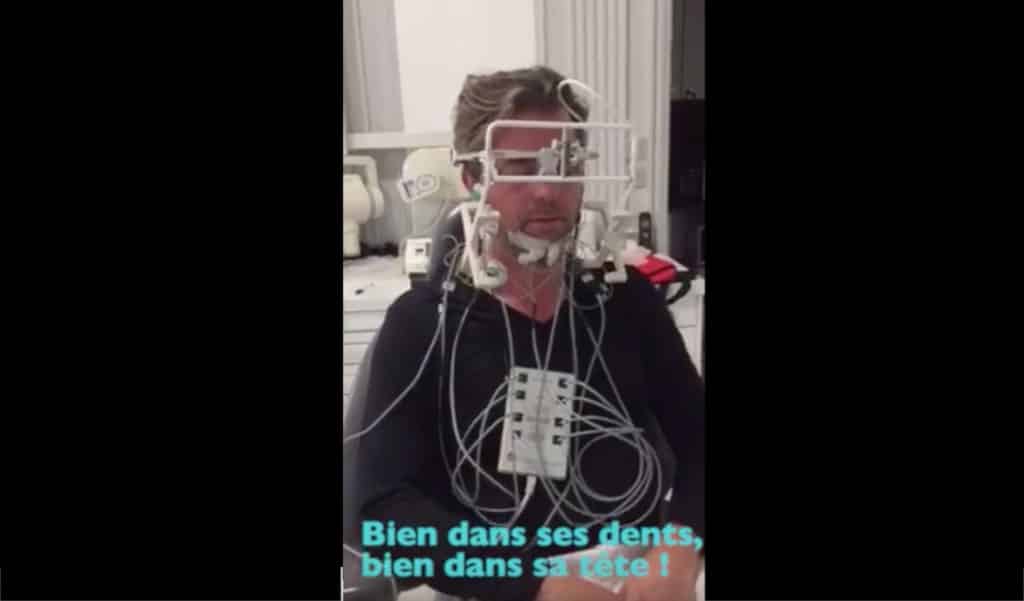 My personal and professional background allowed me to become aware of the prosthetic interaction on the human body. Every patient is a global concept. What we put in the mouth can have a positive impact but also a negative one on the human balance. It is for all these reasons that I have sought to learn various techniques such as neuromuscular, posturology, Chinese medicine, and holistic. The nerves of the mouth and teeth manage a very complex region in humans, a kind of crossroads where vegetative life intersects (eating, swallowing, breathing) and relational life (speaking). Today, we know very easily how to relieve a painful tooth, or replace it. But together, we going further in the analysis …

The nerves of the teeth contain both motor nerve fibers and sensory nerve fibers. A stress situation (acute or chronic) to which are added inappropriate information from the trigeminal territory (mouth, teeth, masticatory muscles, etc.) constitutes a pathogenic mixture.

These nerves (trigeminal) innervate in terms of motor skills, most muscles are masticatory but also the tensor muscles of the eardrum (middle ears) or those used to actuate the Eustachian tube (duct that connects ears and throat in order to equalize the pressures).

The trigeminal nerves also collect information from the small muscles that serve to activate the eyes (extrinsic eye muscles). Mingle with the functioning of the ear and the eye can account for certain signs (tinnitus, etc.) whose some patients complain suffering from dysfunctions of the Temporo-mandibular joint – SADAM or DTM

Contact or repetitive information from the upper teeth to the lower teeth (strong oath-grinding type of teeth or poorly balanced occlusal contacts) can affect the health of patients.

This dental information is likely to disrupt the functioning of nearby neural structures :

We know the importance of an occlusal equilibration done the same day during the mouthing of the dental prosthesis (and not a week later!). It is essential that the patient feels the same equal pressure, of clenching of the teeth, on the left and right side.

You let your child with a lower premolar push outside the upper teeth, you may see it develop with a twisted spine (idiopathic scoliosis)

The role of the trigeminal nerves, innervating the meninges, is known in migraine especially when inappropriate information from the trigeminal territory reaches the brain. The possible adverse effects on posture, phonation or breathing have been the subject of clinical studies in Japan, large-scale statistical studies in the human population, compared to a control group of 15,000 people with their molars, with another group (15,000 subjects) with missing molars not replaced.

In the latter we observe an overwhelming percentage of mental states, pathological precursors of serious mental illness (senile dementia and Alzheimer’s). In Japan, a study had proved the extraction of non-replaced molars and dislocation of the temporomandibular joint (TMJ), and among these patients, those who clenched the teeth had a decrease in blood flow in the brain.